Twenty-six Irish and UK charities received donations from The Hospital Saturday Fund at a special reception in London recently. In total, £100k/€110k was donated to the medical charities and organisations at the event, held at the Irish Embassy in London and hosted by Deputy Head of Mission, Mr Gerald Angley.  The Hospital Saturday Fund was also pleased to welcome Alice Beer, Celebrity Supporter of Wormwood Scrubs Pony Centre, who helped to make the presentations. 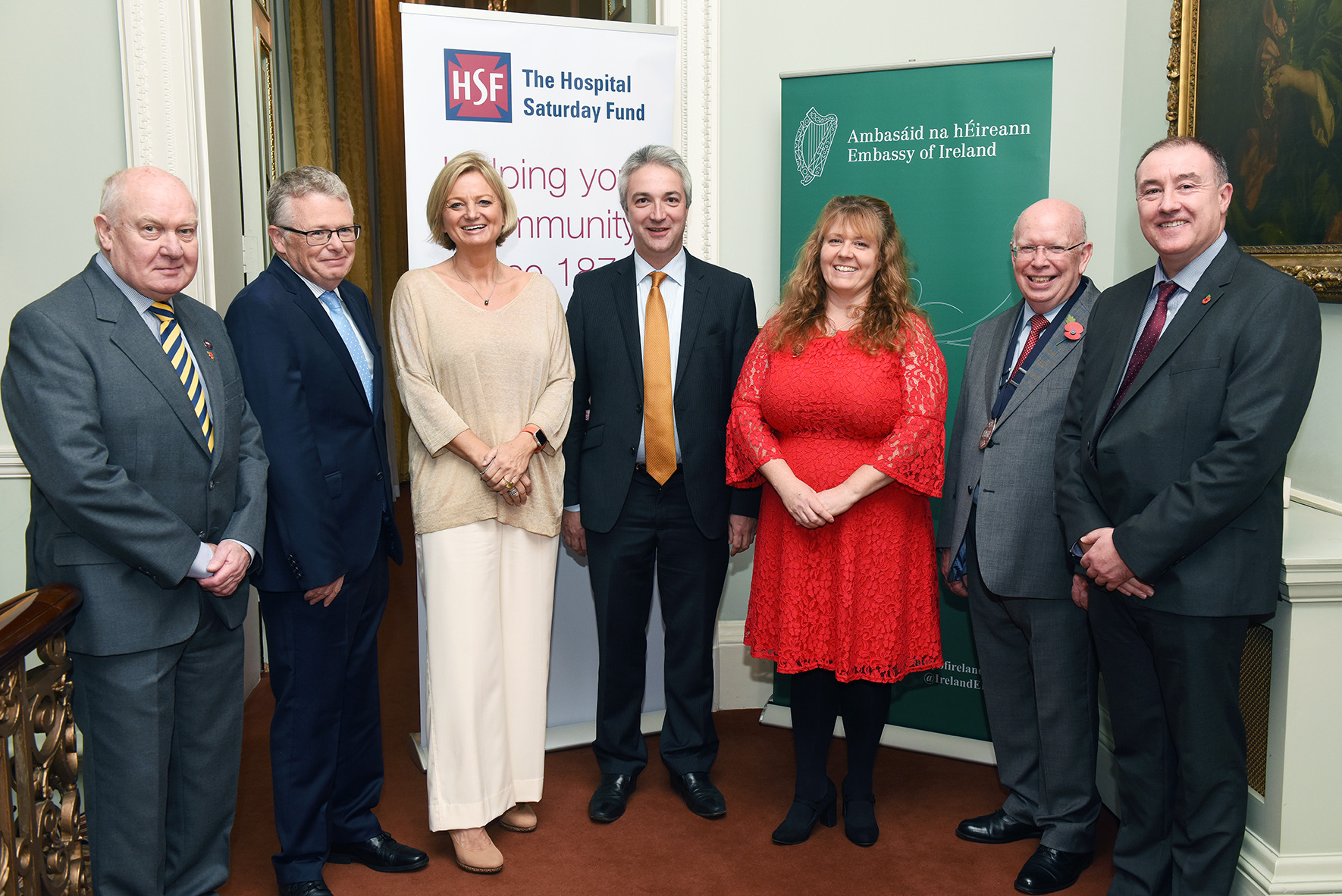 Among the beneficiaries were Heart Children Ireland who received a grant towards their Family Psychology Support Service.  London Irish Centre’s grant will be put towards their Mind Yourself programme to support the physical and mental health of the London Irish Community.  Another grant recipient was Bantry Hospice who will put HSF’s grant monies towards their palliative care service in West Cork and the Royal College of Surgeons in Ireland received a medical elective grant to assist in the training of future doctors.

Wormwood Scrubs Pony Centre received a grant to provide more equine therapy sessions for disabled children and Pancreatic Cancer UK’s grant will help them to learn more about the genetic causes of pancreatic cancer.  Cork Life Centre’s grant will be used to support the physical and mental wellbeing of young people aged 12-18 years.

Paul Jackson, Chief Executive of The Hospital Saturday Fund said: “We are delighted to continue the tradition of supporting many charities in both Ireland and the UK, many of which are less well-known. The Hospital Saturday Fund is honoured to support the efforts of such deserving charities and help in some way towards the exceptional, tireless work that they do.  We are delighted to have increased our grant making funds to £1.2/€1.4 million to over 300 charities in Ireland and the UK over the last 12 months.  This evening has been very special, as for the first time, we have been able to give grants to both Irish and British charities at the same reception”.

“We are also extremely grateful to the Irish Embassy for hosting this reception tonight. Considering our heritage, it is hard to imagine a more appropriate venue”.

Full List of organisations receiving grants at the reception:

Congratulations to NISIG and ABII

The Big Give Christmas Challenge