On 11th October 2017 The Hospital Saturday Fund held its Association meeting in London, awarding 8 charities a total of £26,000.

HSF were very pleased to have leading eye surgeon Professor Robert MacLaren of the University of Oxford as their special guest speaker at the event and following his presentation he received a grant of £5,000 on behalf of the National Eye Research Centre.  Professor MacLaren gave a fascinating presentation on recent truly ground-breaking research being conducted at the University of Oxford, in particular their retinal gene therapy programme for which the OCT microscope, which HSF has helped to fund, has proved so vital.

James Maxwell, Direct Marketing Manager at HSF health plan, gave a very insightful presentation on his role, the work of the marketing team and improvements to date and plans going forward, particularly in terms of social media and the benefits this area can bring to the organisation.

The conclusion of the event saw a presentation of birthday cake to honour HSF Life Member Dorothy Denton on the occasion of her 90th birthday.

Dorothy first became connected with HSF when she was made an Association Member in 1978, whilst working with BT International as Chief Welfare Officer. Dorothy’s career spanned 40 years, working for the Post Office and BT. She holds a London University Diploma in Sociology and appointed a Justice of the Peace for North Surrey between 1983 to 1997, which included the position of Chairman of the Family Proceedings Panel.  In 1988 the Association elected Dorothy as Council Member (Director) and she joined the Finance and General Purposes Committee, becoming its Chairman.  In 1990 Dorothy was elected as Chairman of the Council itself and in 1994 the Association elected Dorothy as its Chairman, and having presided over a reorganisation of structures, she also became Chairman of the Board of Directors (the successor body of the Council).  This office continued until Dorothy retired in 2000.  In 1998 the Association honoured Dorothy by making her a Life Member. 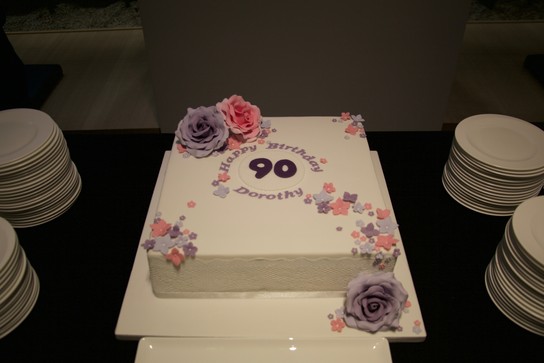 A “pupdate” from Uhtred

Irish Dogs for the Disabled grant